"Losing Weight Is So Simple" - Isn't It? 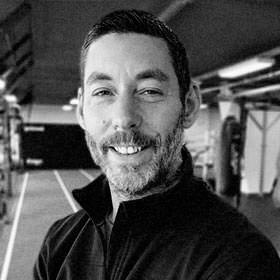 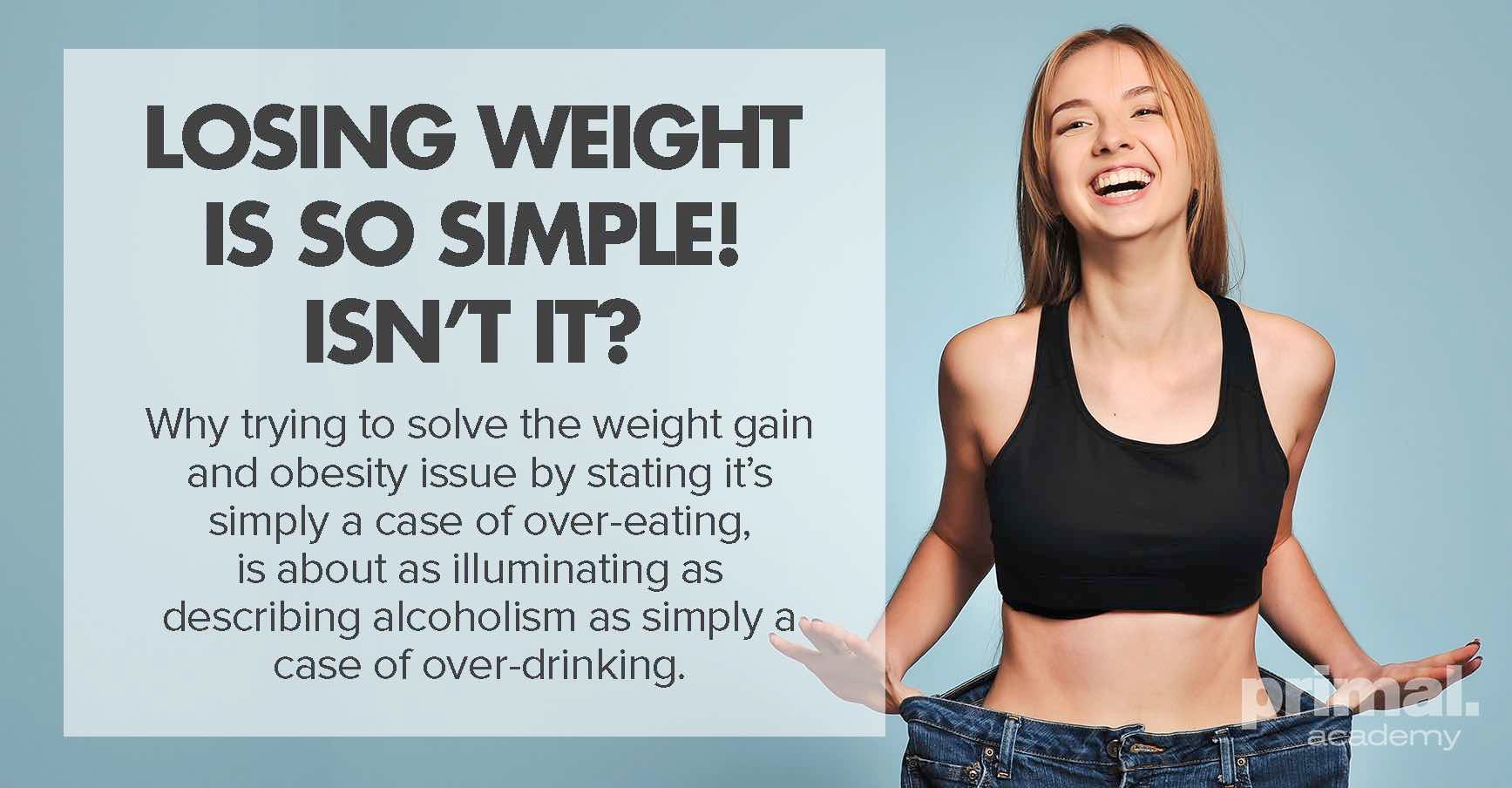 As much as the media and Homer Simpson would have us believe that losing weight is as simple as "calories in vs calories out" and that people are fat simply because they are choosing to eat too many calories and do too little exercise, the reality is far more complex than that. 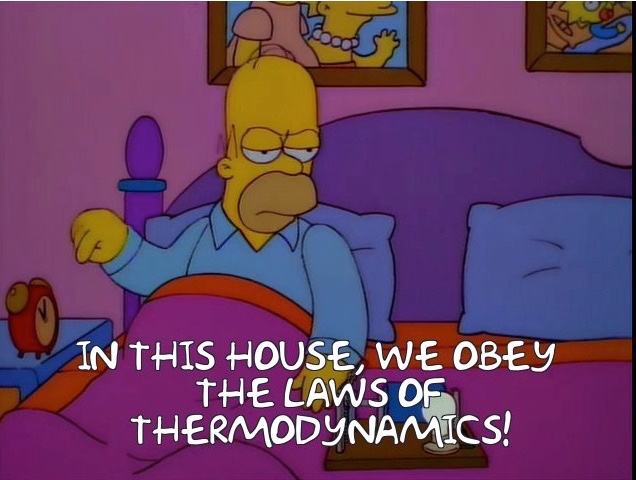 Unless we are going to assume that every overweight or obese person out there has consciously chosen to damage their health rather than follow a seemingly simple formula, we need to dig a little deeper than this oversimplified scientific formula.

Yes it is true, too many calories in and not enough calories out will contribute to excess weight and therefore eating a hypo-caloric diet (fewer calories in than out) is indeed a fundamental factor in fat loss, recent studies have proven that(1).

However, in the real world, this does not provide a particularly practical solution because it relies on knowing and tracking precise calorie in / calorie out values and being able to manipulate those values like beads on an abacus...

A few less here, a few more there, what could be more straightforward? 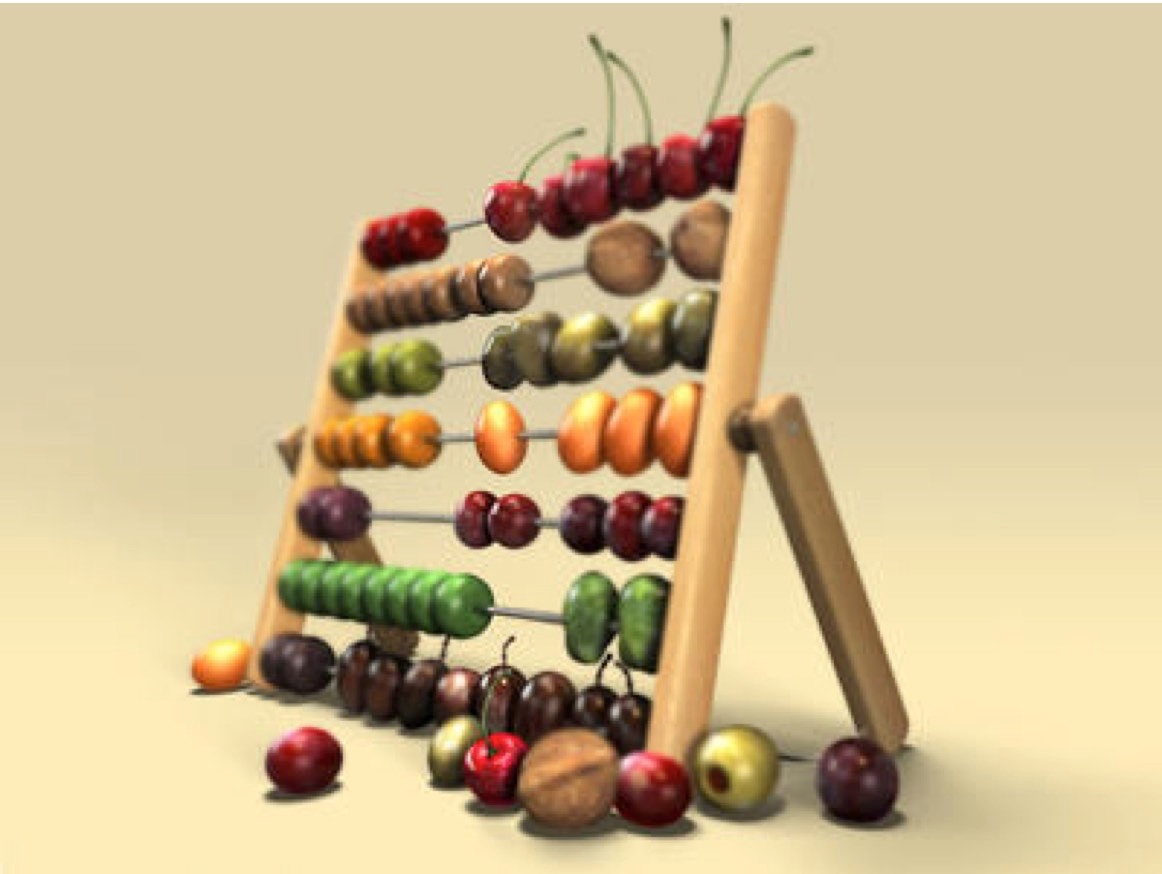 The fact is that, while it may work as a mathematical formula, calorie counting, as a means to weight loss, has proven to be extremely flawed in the real world(2).

Like telling someone with depression to just "cheer up!" it does, in theory, make sense, but in practical terms, there is just too much other stuff going on for it to be that simple.

Calorie counting does not, for example, take into account things like hunger rhythms, lifestyle factors or stress levels. It doesn't account for the metabolic effect of certain foods, the actual type of protein, fat or carbohydrate(3) or how it's cooked(4).

When you factor in all of these estimation variables, it can make our simple thermodynamic formula about as useful as Homer Simpson in a 400m relay race. 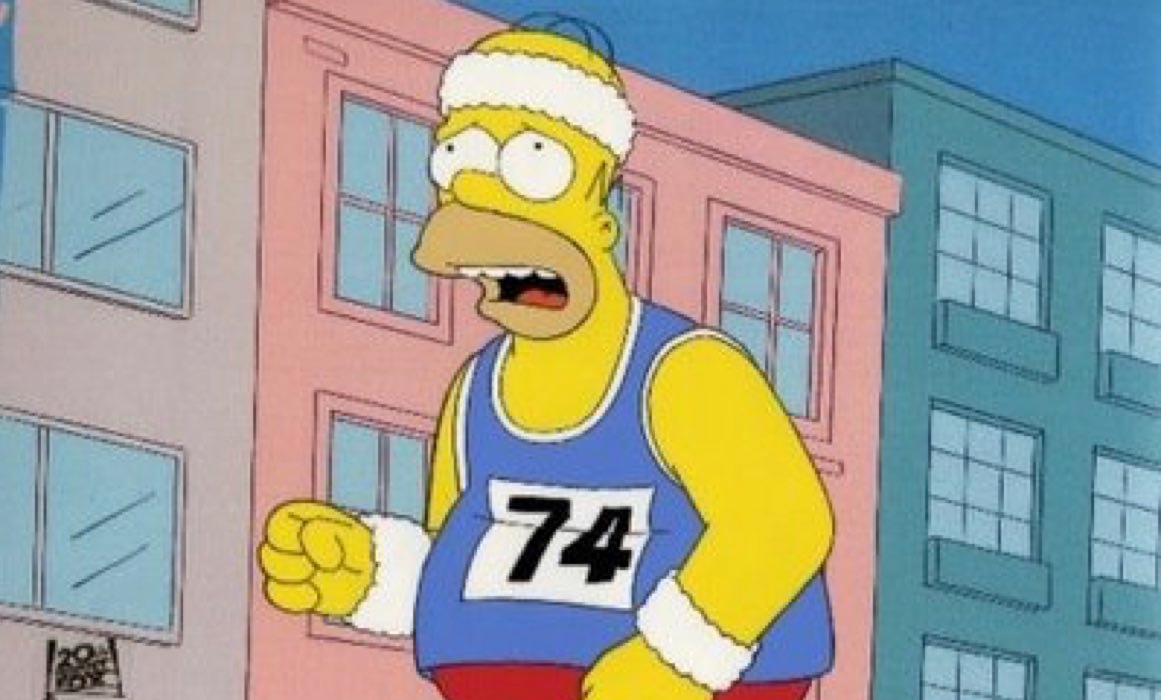 To start with, the technology we use to measure calories can be wildly inaccurate and inconsistent. Studies have shown that calorie counting technology, such as FitBits, can be as much as 30% off in their estimates of energy expenditure(6). So, while there may be motivational benefits, relying on your techy gadgets to help you achieve your weight loss goals by crunching the numbers can often leave you scratching your head in confusion.

Similarly, the arduous task of assessing your calorie intake is often reduced to nothing more than guesswork, firstly because we are quite terrible at "eyeballing" portion sizes(9) and, secondly, because food labelling is almost as inaccurate in its estimates as we are.

Food companies can use any of five different formulas to estimate calorie content, which essentially permits an inaccuracy of up to 20%(7). It gets even trickier, because, even if all food companies used the same formula, and despite what many of us have been taught, not every gram of protein or carbohydrate provides four calories of energy and not every gram of fat provides nine calories of energy, because not every nutrient source is absorbed or digested in the same way(8).

When we account for the thermic effect of digesting our food, the real caloric values come out closer to;

Are you beginning to see the problem with food labelling? Well, hang on, because there's more...

In addition to multiple formulas and the thermic effect of food, we also need to take into account how much of a given food we will actually absorb. Absorption rates of protein from animal sources, for example, have been found to provide almost twice as much protein as some plant-based sources.

Likewise, the amount of energy (calories) we absorb from carbohydrates depends very much on how much fibre is present(10), and even on individual gut bacteria(11).

So, while your fitness app, techy gadget or food label may have you believe that a calorie is a calorie is a calorie, it's way more complicated than that. And, while they may guide you in good faith, ultimately their inherent inaccuracies are likely to lead you on a few stressful laps around Confusion City. 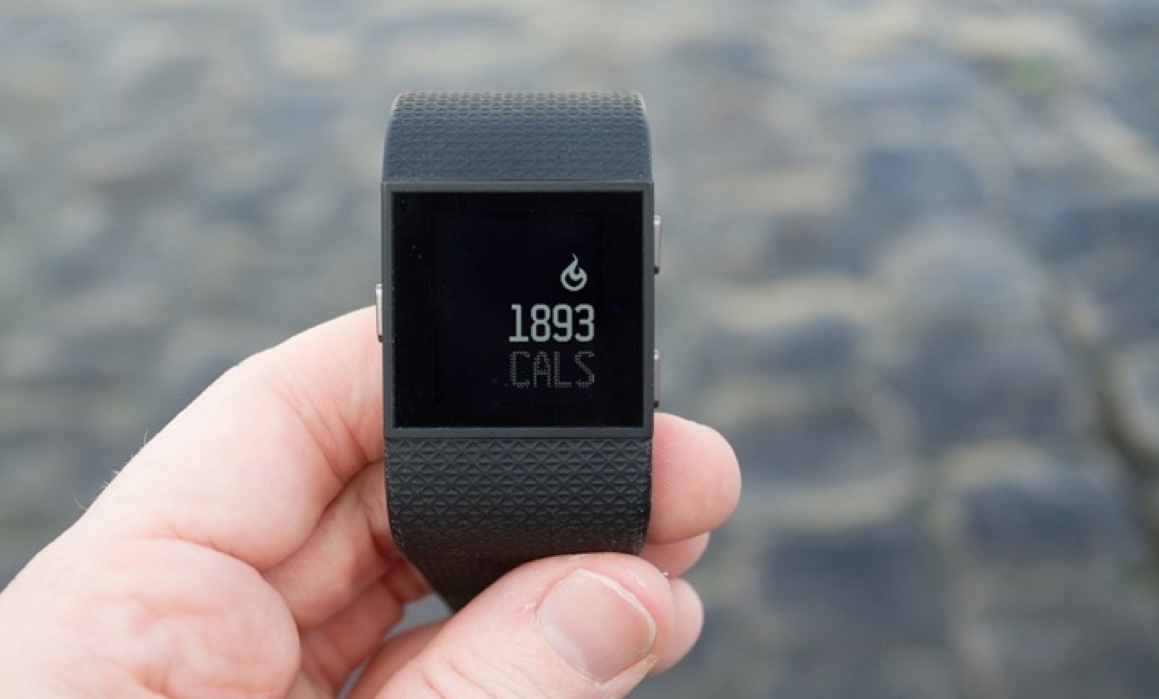 Processed foods have very little micronutrient value, and the high sugar and fat content of those foods can often cause certain hormones and enzymes to send the body into “fat storage” mode, locking those calories away in fat cells, which can leave you feeling lethargic and low in energy.

This may be the reason that so many people suffer from fatigue despite apparently eating an excessive amount of food. Think about it - if calories equate to energy, and people are eating way too many calories, why aren’t those people bouncing off the walls with excess energy?

Once again, this can make attempts at weight management via calorie counting a frustrating and futile experiment that leaves people feeling tired, hungry and wondering why they just can't seem to resist that extra helping of failure.

Had enough? Well, don't push your plate away just yet, because there's plenty more for you to chew on!

Recently, researchers have discovered another metabolic factor which can hinder our attempts at managing energy balance. Metabolic adaptation (or adaptive thermogenesis) can happen when we either reduce our calories in or increase our calories out.

Studies have shown that, when we reduce the number of calories we consume, the body reduces the amount of energy it expends to offset that reduction in calories. It does this by reducing non-exercise activity (these are activities we do each day which are not classed as planned exercise, such as walking, cooking, shopping, fidgeting and just generally moving about) and by making us more inclined toward inactivity(8). 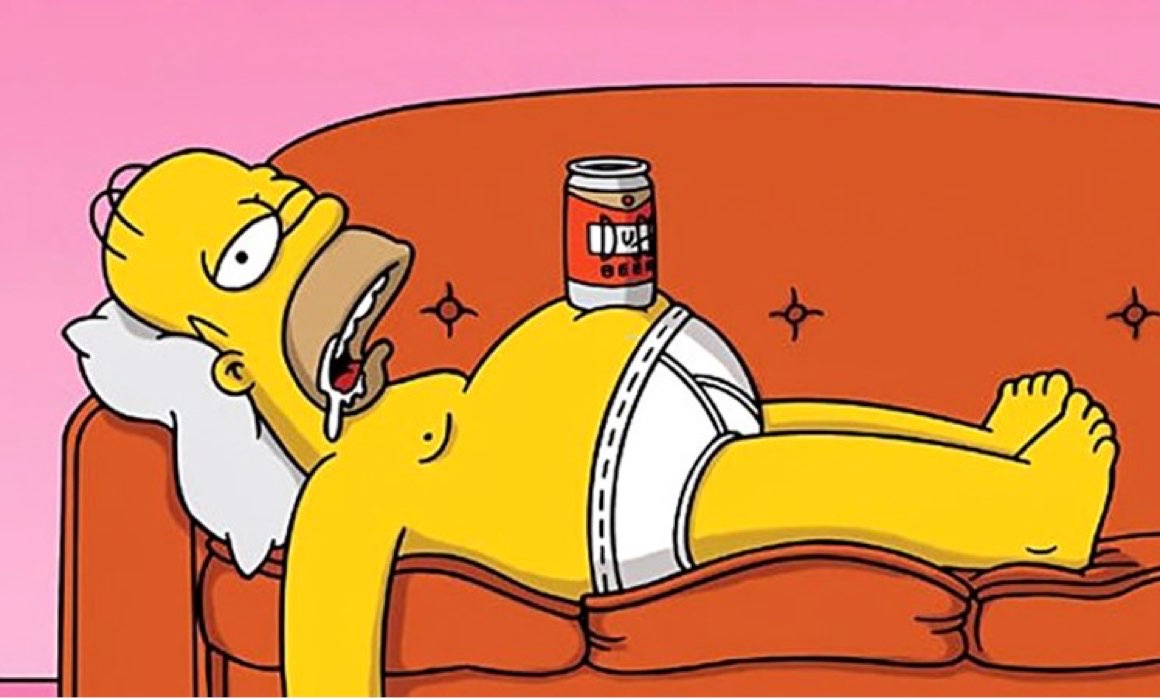 Likewise, other studies have found that If we try to increase our energy expenditure too much, by doing a lot more exercise, various metabolic and hormonal factors adjust so that total energy expenditure (TEE) is constrained to keep it within a certain threshold. You may well burn more calories via the increased exercise, but there is a reduction in overall metabolic activity.

More plainly put, if you throw more coals onto the fire, your body just turns down the temperature(12).

This adaptive effect has also been observed when people eat too many calories. In one study at the famous Mayo Clinic participants were fed an excess of 1000 kcals per day for eight weeks and then monitored to see how much weight they put on. The results were varied, to say the least.

While each participant was expected to gain around 7kg, the lowest weight gain recorded was just 0.4kg, while the highest was 4.2kg.

So why didn’t they all pile on the expected 7kg? Because their bodies increased the number of calories, they were burning through non-exercise activity.

Ok, but why such a difference between participants? Because, when people over eat or under eat, the degree of adaptation changes from person to person.

So, when considering the calorie question, science, and Homer Simpson, are quite correct when they tell us that we must not ignore the laws of thermodynamics.

But there is a reason that the calorie question has been under such scrutiny for so long. Because, despite the simple formula, even the most carefully designed studies have rarely been able to provide a conclusive answer. Not because of a flaw in the theory, but because of the flaw in its practical application.

In fact, researchers have rarely been able to bring studies of hypo-caloric dieting to satisfactory conclusions and, when they have managed to do so, it usually involved locking subjects away in hospital wards to prevent them from "falling off" the study protocol.

Simply put, despite the seemingly simple maths, people find it extremely difficult to stick to a low-calorie diet plan for long enough to elicit results.

What then, does all of this tell us about counting calories and losing weight? Well, let's polish this dish off with a tasty nugget of common sense...

Anyone who seriously suggests that "weight loss is a simple matter of eating less and doing more" has quite simply not understood the problem. The mathematical formula is indeed quite valid but, in the real world, weight loss is fraught with complexities that we still do not fully understand and so stating the solution as “Just eat less and do more" is naive, simplistic and it isn't helping anyone.